After deciding on the material (aluminium), color (space black), and size (44mm) of my first new Apple Watch in four years, I faced a tough decision: Which watch band should I get? I wanted Apple's Milanese Loop, but didn't want to pay an extra $150 just for the clean look, so bought a CAD $24.99 look-a-like instead.

Apple designed its smartwatch so that you could switch its band without any tools; instead you push two buttons on the underside of the watch, which lets you slide both sides of your band in and out. This choice allows third parties to make compatible bands, which in many cases cost much less than Apple's official models.

I wore a genuine Milanese Loop with my original Apple Watch for years, so I was skeptical about how well I'd like this unofficial version, but I've been pleasantly surprised. The band slid right into my new Apple Watch, and its space black color matched it perfectly.

The main reason I prefer the Milanese Loop to Apple's other watch bands is that you can adjust it to fit perfectly around your wrist. All of Apple's watch bands are adjustable, but the Milanese Loop has a magnet on its end that can attach to any point on its strap, which lends itself a better fit than bands with holes or links where the wrist may always wear a little loose or a little tight, depending on the size of your own.

To make a really good Milanese Loop, Devia had to design the band with the right amount of magnetism. If the magnet at the end was too strong, it would be hard to adjust the band, if it was too weak, it would loosen as you wore it. After using the band for over a week, I'd say the magnet in this band is almost perfect. Devia even nailed the feel of Apple's Milanese Loop, which is more fabric-like than metal.

There are a couple of minor differences between this CAD $24.99 band and Apple's $150 version, but neither of them are deal breakers.

First, the magnetic end of Devia's band is slim enough that it can slip through the loop that attaches the band to the watch. This can't happen when you're wearing the watch, but if you stretch the band out fully while you're taking the band on and off your wrist, it can slip through. If this happens, all you have to do is push the end of the band back through the loop. The only time I've had this happen was when I was trying to tell if it was even possible, so you probably won't run into this issue.

Other than that, the only thing I've noticed is that the end of Devia's band is magnetic on both sides, so I've felt it get pulled toward certain metal objects if my hand was right up against them. Again, this isn't a huge deal, and it didn't cause my band to loosen at all.

Whether you're treating yourself to a new Apple Watch, or want a way to class up an older model, Devia's Milanese Loop band is an excellent choice. It comes in sizes that fit both the 38mm/40mm and 42mm/44mm Apple Watch, colors that match its outer case, and a price that puts the official Milanese Loop to shame. 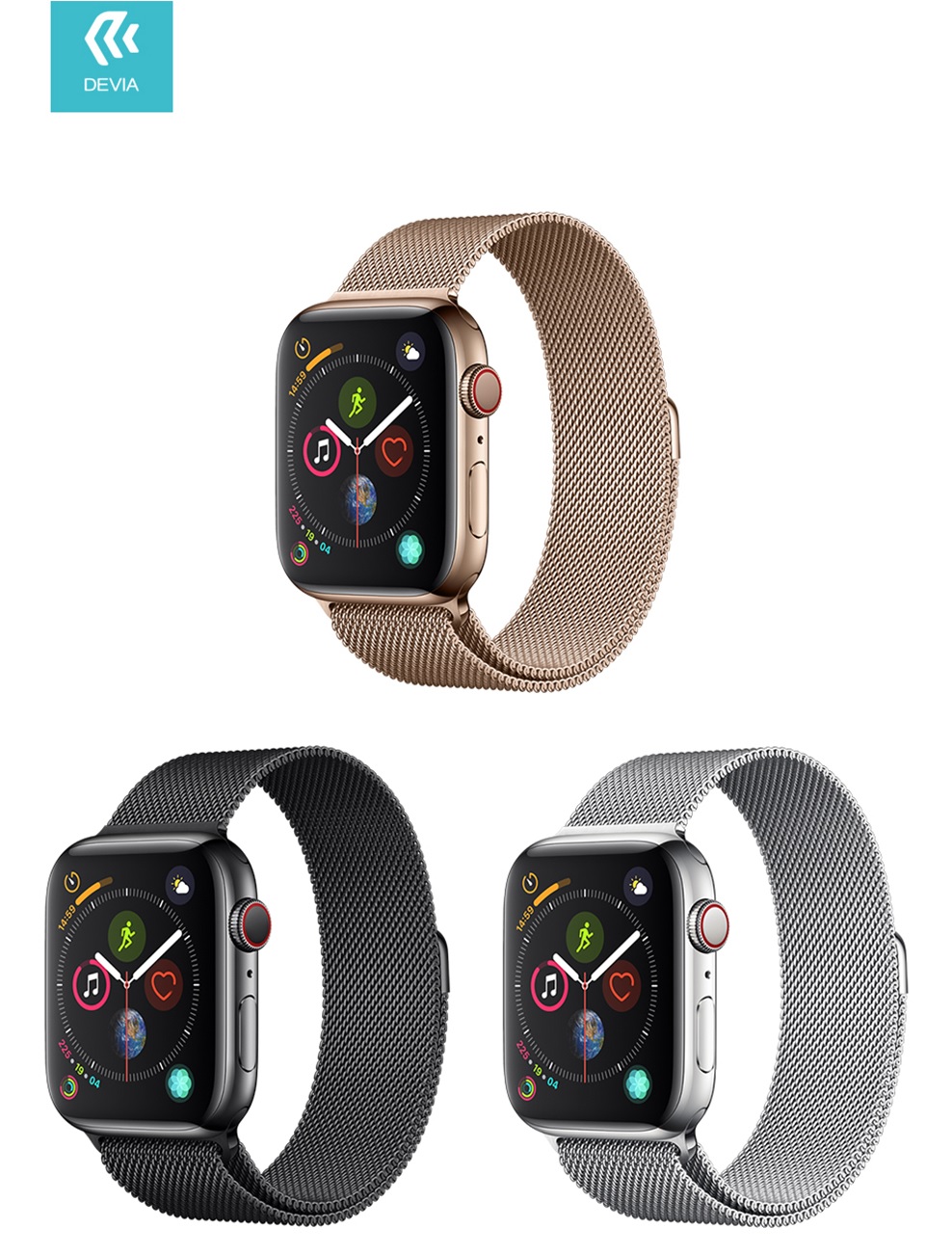